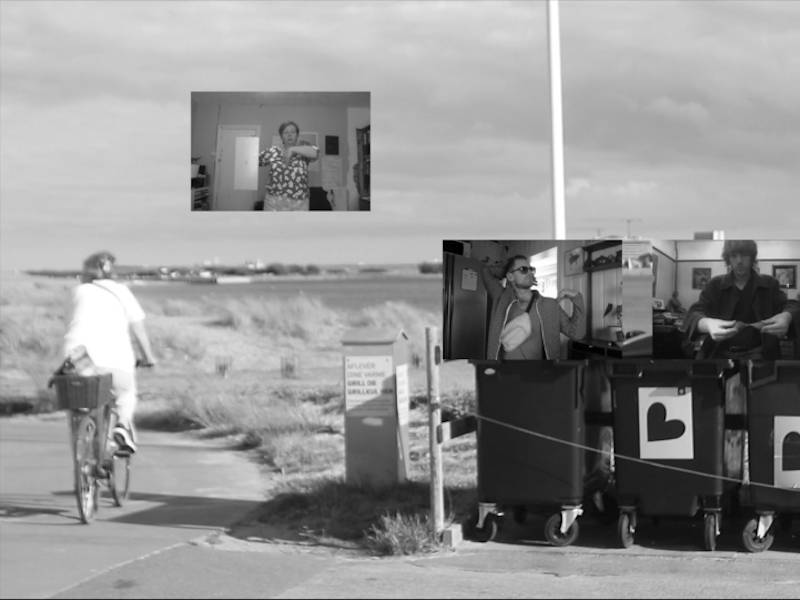 Griefs ’n Tapes is a set of videos originated from a commission by the London composers‘ collective Bastard Assignments to the Brazilian, Danish-based composer, performer and vocalist Marcela Lucatelli, as a part of their virtual series of Lockdown Jams. Each video develops itself from a chromatic feature – Red, Green, Blue and Bleached – and connects idyllic Scandinavian landscapes to musical Abba-references through home made videos performed by the group under the composer’s instructions. It is film created from the traditional methods of music composition: the work has a tight frame which is continually challenged by Bastard Assignments‘ imaginative and virtuosic performance and the unorthodox, visionary directions by Marcela Lucatelli.

Marcela Lucatelli can already be hailed as one of the most innovative vocalists and composers of her generation. Born in Brazil and based in Denmark, Marcela has earned international recognition for her extremely original, sensuous and politically charged performance works. The composer is known for writing “scores for the limits of bodies and voice“ (The Wire). Her pieces are currently performed by vocal elite groups such as the Danish National Vocal Ensemble and Neue Vocalsolisten Stuttgart, together with some of the most edgy ensembles and music collectives in the world, such as Apartment House (UK), Bastard Assignments (UK) and Mocrep (US). Her works have been premiered at Donaueschinger Musiktage, Darmstadt Internationale Ferienkurse für Neue Musik, Nordic Music Days, KLANG – Copenhagen Avantgarde Music Festival, SPOR Festival, Copenhagen Jazz Festival, Ultima Festival, AllEars Festival for Improvised Music, FILE – Electronic Language International Festival, WOMEX, among other festivals and events worldwide. Her critically acclaimed first album PHEW! – The Last Guide for a Western Obituary shows her notorious vocal skills and conceptual irony, synthesized in groundbreaking contrasts and unclassifiable grooves. Lucatelli has been awarded the Carl Nielsen and Anne Marie Carl-Nielsen Foundation Talent Prize in Composition 2019.

Bastard Assignments are a collective of composer-performers. Since 2016 they have been developing a shared creative practice, collaboratively developing their work – composing together, rehearsing together, and performing together. “Usually composing is a lonely thing, with a genius composer that invents absolutely everything about the piece and dictates all of the minute details. We’re about composing being a collective thing rather than a private thing.” They began life as a series of events, but then as the group performed more and more of their own work, they started writing specifically for the group and the skills that we knew were in the group. The composing and the performing is not so separate for the members of the group. In rehearsals they show each other work and give a lot of direct feedback, effectively composing in the rehearsals.