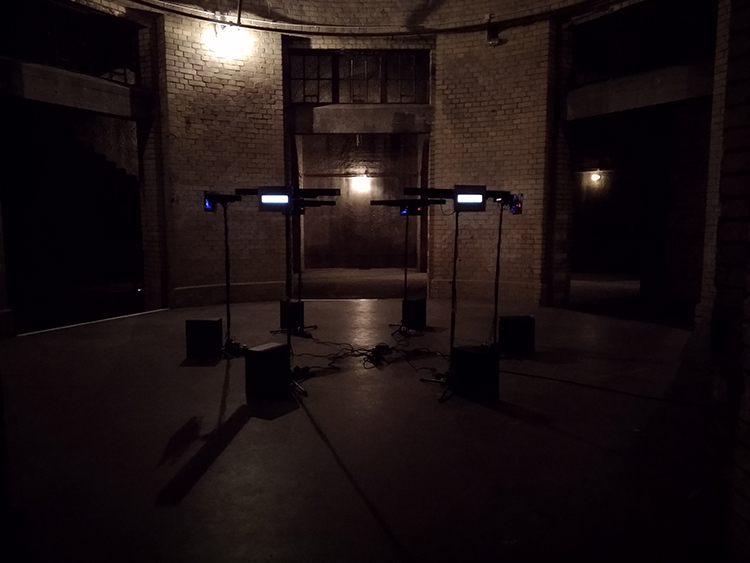 We argue nowadays about the role of the human being in every respect, and in doing so reference human technology based configurations. inevitably art, as the uncharted sole of humanity, has been challenged by the rapidly increasing changes in the way we shape our lives. The music we listen to has undergone a complete transmutation via constructive and deconstructive influences. Musicians are surrounded by complicated technological apparatuses that make it possible to sculpt sound into various forms. Machines are abundant; we share this planet with over 10 million robots. artificial intelligence, machine learning, deep learning has penetrated the realm of musical creativity.
Estranged Music takes an artistic look at an imaginative future where the creative sources behind musical composition have been taken over by computer systems. A sudden accident causes all recorded history of musical practices to be erased. In direct contrast to the machine-learning paradigm, people then attempt to learn from machines how to compose music.