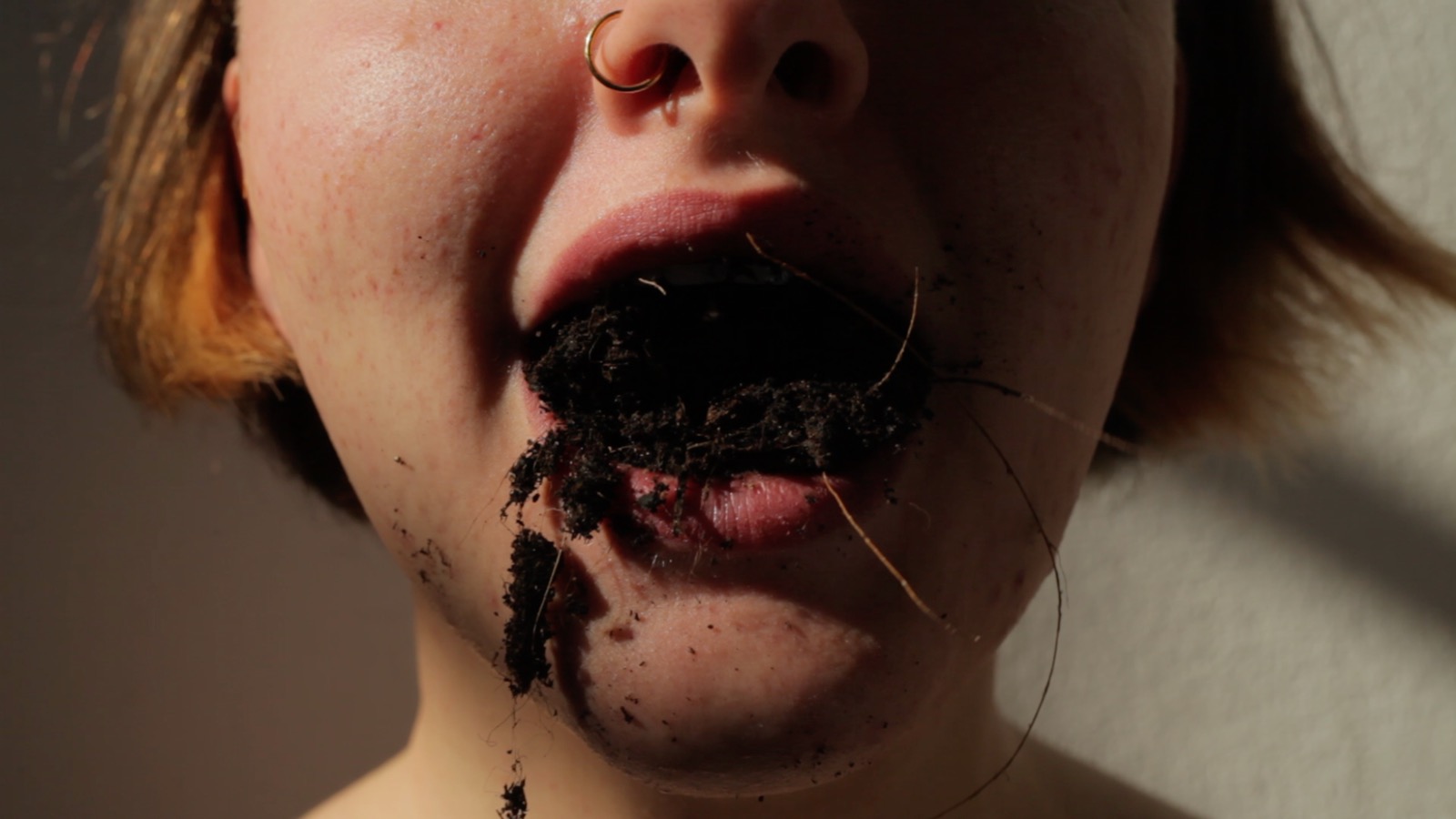 Earth Performance from jutta-ravenna on Vimeo.

In-person only with pre-booking at lm@dystopie-festival.net
(max.20 people)

for solo voice buried in an oral cavity

In this sound performance, the oral cavity is manually filled up with earth in phases in order to completely muffle a sound in seven degrees of volume. The performer reproduces the sound of a screaming human voice. The sound gradually disappears into the depths and slides down into the body with an increasingly muffled voice until it falls silent.

Without narration, in very slow tempo, and making use of gesture and tonal language, this performance talks about the transformation of a repetitive sound of the human voice (Vox Humana), while dives down into the darkness and shadows of the body’s interior. In the midst of the Covid-19 pandemic, the performance touches the heart of the matter and, acoustically penetrating the earth element, tells the story of the transformation of a Conditio Humana on the planet.

The approximately 5-minutes performance will be streamed online on Nov 14th. Additionally, a video loop will be presented at the Errant Sound gallery from November 20th to November 30th, 2021. 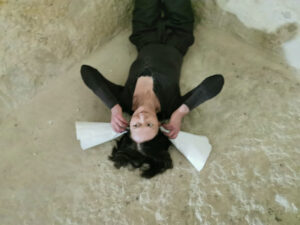