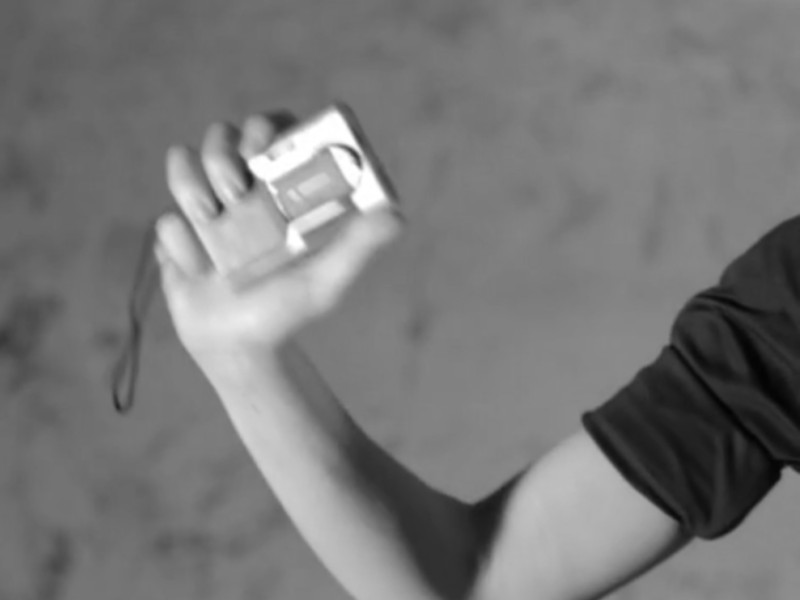 A single, waving hand holds a radio that swings back and forth, ‚activating‘ an electromagnetic field emitted by a nearby power adapter. Although initially thought of as a concise visual documentation of a creative process, Sonic Gesture manifests itself over a wider index of issues.

These relate to the body in the wider field of music, including the so-called ‘experimental scene’. A milieu throughout the 2000s where the cis-male and white face of the ‘boys with their toys’ would occasionally be lit up by the computer screen. How many times have we heard the virtuoso and gendered enactment of ritualistic and strenuous feats reinforcing the shock value of sonic matter? Sonic Gesture can thus be considered a polysemic encapsulation of a recent historical moment that folds the ethical-political experience of non-hegemonic identities navigating the above milieu. Should a non-gendered body always be more radical than its male counterpart? Should they aim to amplify the shock value of sound matter to be heard?

Sonic Gesture points to a different path, one where the body-music assemblage is an anonymous and empathetic meditation, carefully composed through the single sonic gesture and its cinematography. The value of the work lies in simultaneously pointing to an existing regulatory canon and, simultaneously, conveying a less dualistic framework (in the biological, political and aesthetic sense) for the bodies that make sound.

Vanessa De Michelis is an interdisciplinary sound artist, cultural worker and educator born in Belo Horizonte, Brazil, who lives and works in London. Her early work consists of electroacoustic soundscape compositions bringing into play improvisation, field recording and live electronics. Her latest works explore minimalism and noise in sound installations and live performances. Since 2009 her pieces have been exhibited in museums, galleries and festivals of experimental music, art and technology in Brazil, Latin America and Europe. Currently she researchers cultural labour and organised feminisms in sound art and has been awarded a scholarship to finish her master’s in arts and cultural policy in the Media and Cultural Studies department of Birkbeck – University of London.