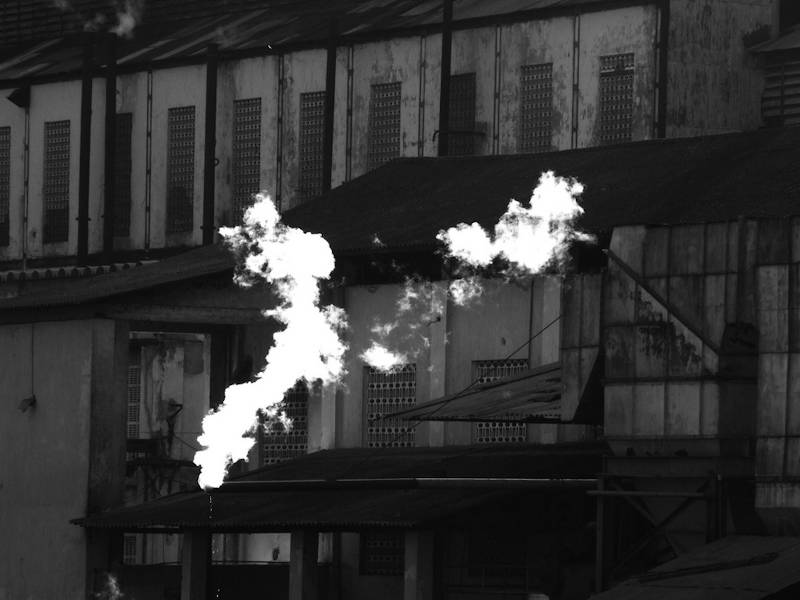 Composition based on field recordings, taken in the surroundings of Catende, specially around the Catende sugar cane processing plant. In that time, the owners had decreed bankruptcy and the Landless Movement (MST) occupied the place, taking over its management.

The situation in the sugar cane processing plants mirrors the exploitation in Brazil´s Northeast Region, where this culture has dominated and shaped the working and opression relations throughout centuries. Since the colonial time, the families which control the sugar cane production economy are the same ones that dominate the local politics.

The work is one track of the project “Mapeamento Sonoro de Pernambuco”, a sound map of the Pernambuco State, in the Northeast Region of Brazil.

Thelmo Cristovam, born 1975, lives and works in Pernambuco, northeast region of Brazil. Improviser & composer, his academic background is in physics and mathematics, but he is an independent researcher in psychoacoustics. Breath/throat (sax, trumpet, trombone, flute) & electromagnetic waves (satellites/radio) are the main focus on his free improvisation performances and production/recording nowadays. His range of research/poetics includes radio art, noise/drone & field recordings based compositions. Besides his own production, he has given workshops on deep listening, sound art and field recordings, subjects that are the focus of many of his works, besides electroacoustic compositions and free improvisation. He also works as a sound designer for local short films and does research and sound engineering for several projects.