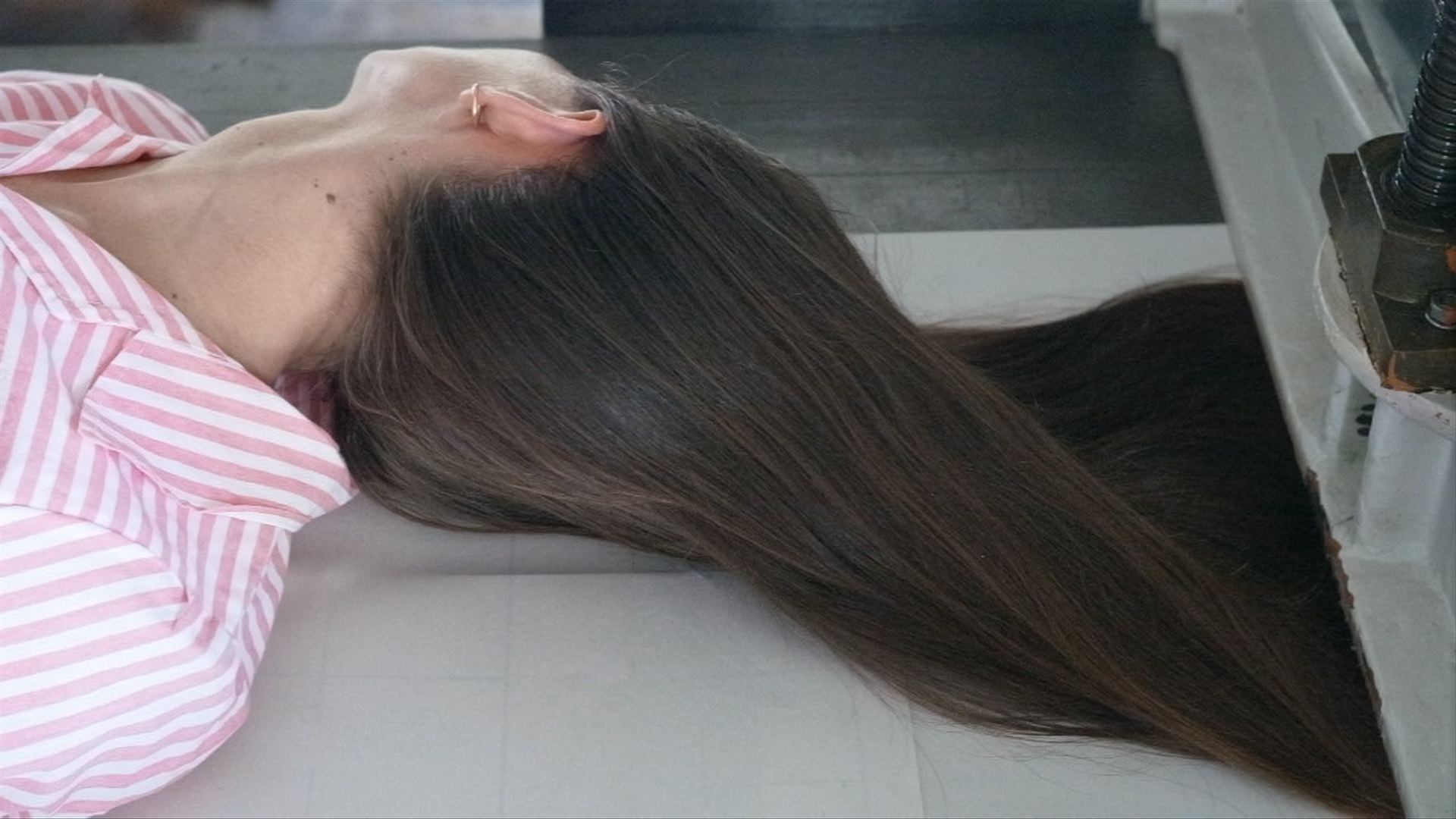 Demonstration of the haircut method executed through graphic guillotine.

Marie Carangi (Recife, PE, Brazil / 1989) Graduated 2014 in Architecture and Urbanism at the Federal University of Pernambuco, Brazil, lives in Berlin, Germany. She works on creating contexts and situations with a focus on addressing emancipatory practices. Her performativity operates as an intersectional tactic between video, sound art, linguistic systems, and collaborative practices. Awarded artist in the 6th edition of the EDP Prize in the Arts at the Tomie Ohtake Institute, São Paulo-SP (2018), she has been a guest in residency programs such as Q21 MuseumsQuartier (2017 Vienna), Hangar (2019 Lisbon). In 2020 she founded the ΘθUniversitit.