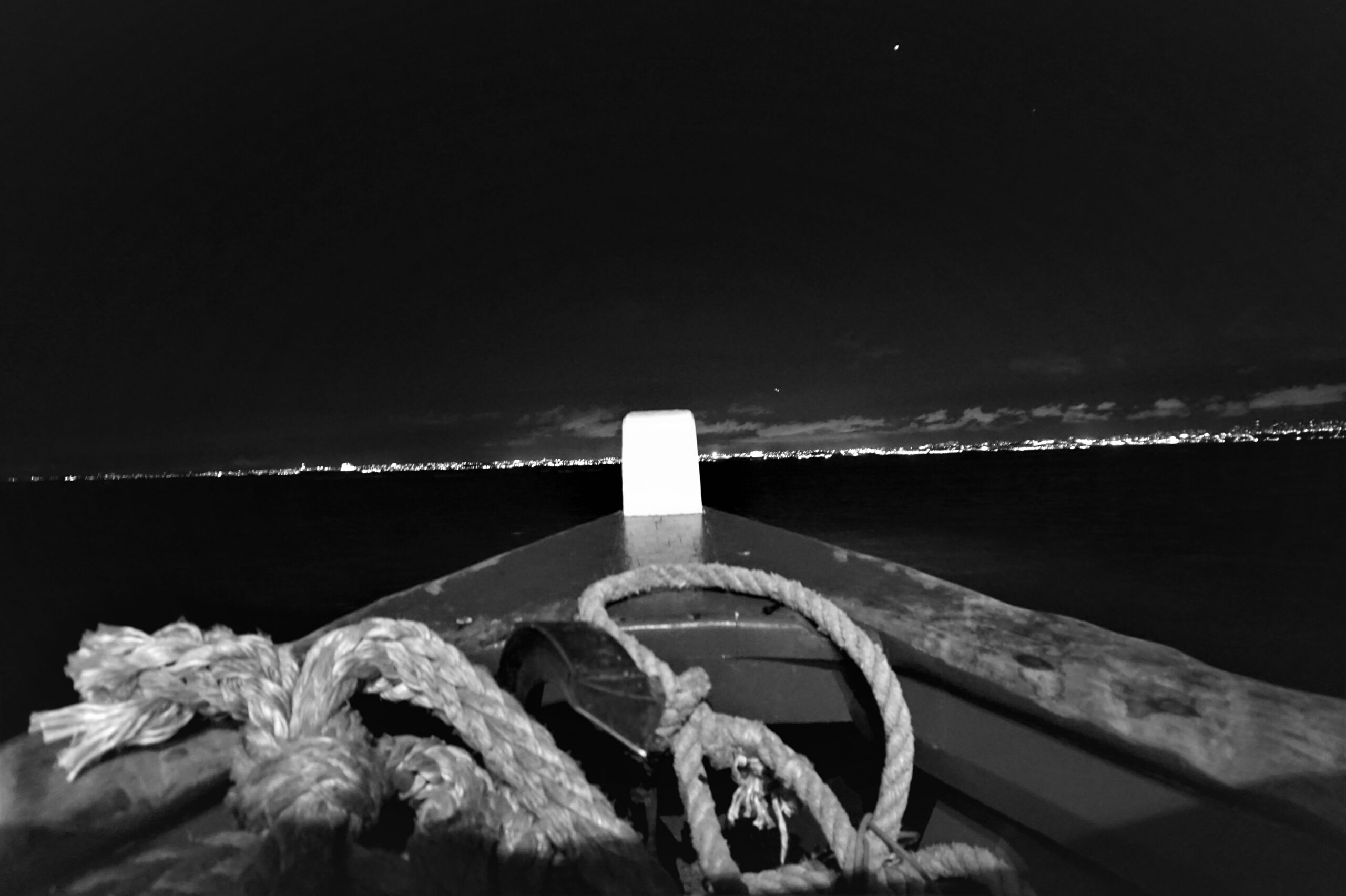 ZERO, LAND DER ZUKUNFT connects Europe and Brazil referencing two novels: Brasilien, Land der Zukunft by Stefan Zweig, describing his understanding of the country in the 1940s when he fled from German dystopia and projected all his optimism onto Brazil; and Zero by Ignácio de Loyola Brandão, a story situated in the 1960s, during the Brazilian military dictatorship, opening a near visionary dystopian image to what we are politically living today in Brazil.
In connecting two cities, we question dystopian fears and utopian hopes. Applied to the real city, we walk along the Spree with a live-soundtrack directly connected to Salvador, where two musicians, Edbrass Brasil and Andrea May, join the perfor- mance, thus creating a live acoustic dialogue between two blind visions of our imagination. Sounds and music travel from Germany to Brazil and back, expand, enrich, and transform our walk in Berlin between Errant Sound and the Alte Münze. The acoustic bridge of these geographically separate musical entities performing together in real time creates a condition for a fantastic Utopia: in real space, dystopian elements are acoustically transformed in such a way that they become a possible real world.

Guests in Brazil:
Edbrass Brasil and Andrea May

Andrea May
is a visual and sound artist, independent curator and master student in Visual Arts, with research in the hybridization of artistic languages with emphasis on the aesthetics of noise. Also known as May HD acts professionally as a dj and vj.
linktr.ee/mayhd

Edbrass Brasil
is a sound artist, improviser, and researcher based in Salvador, Bahia. In his artistic practice, he investigates the manipulation and collage of recordings and samples, coupled with the use of unconventional wind instruments, with an emphasis on free improvisation and microtonal music. His fresh music with tubes and leafs, brings a specific «ancient» Brazilian flavor to his live performances.
edbrass.webnode.com