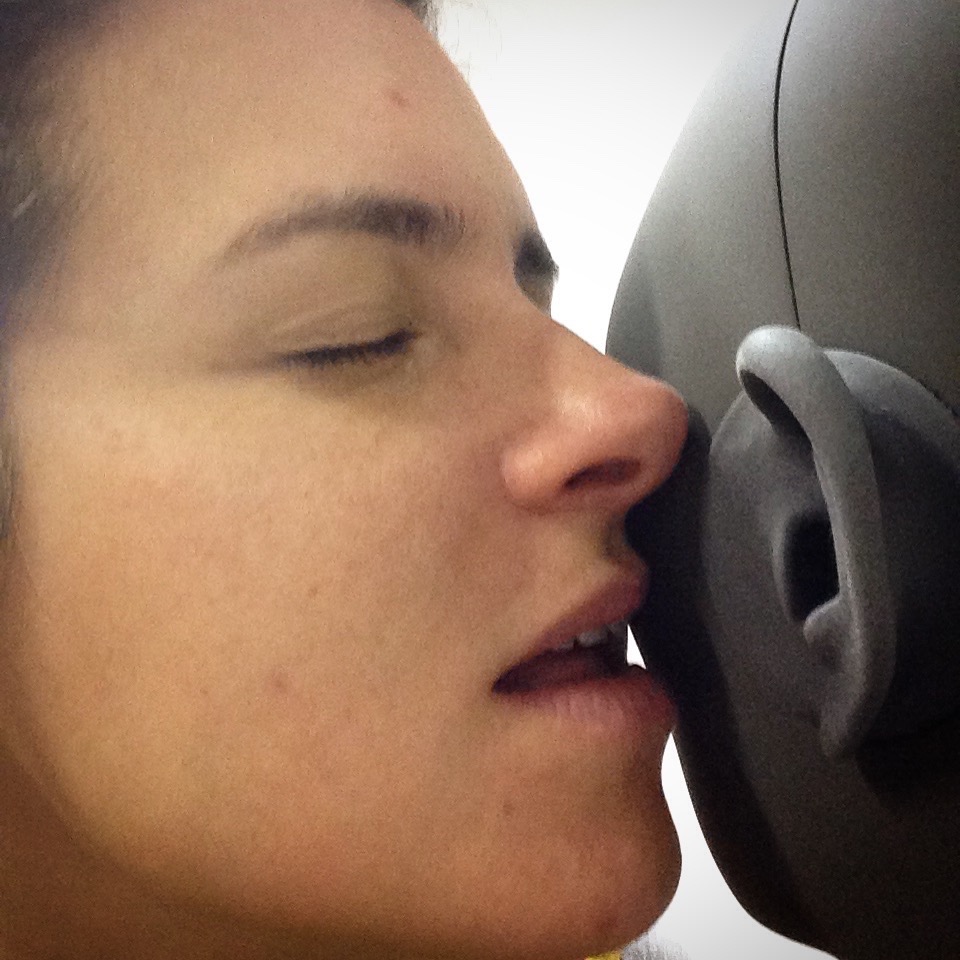 This is a piece dedicated to the listener. It was created for an intimate, individual listening, almost as if the sounds were heard as images that are not outside, in the world, but inside the head of the listener. It is therefore a private concert. The listener is turned into a voyeur, observing what the performer intends to show, while protected by the distance imposed by the sound recording. The binaural recording works like a magnifying glass revealing that intimate space through which the musician moves herself, capturing her breathing, her steps and her mistakes. As this space is being revealed, the border that separates sound from music becomes blurred: what is heard is at the same time rehearsal and performance, error and music, accident and intentionality. In fact, this border is no longer relevant. What matters is the intimacy, which is eventually broken when the listener hears that old Brazilian samba played by an improbable radio set.

Lílian Campesato (Três Lagoas, MS, Brazil/ 1981) is a Brazilian artist, scholar, and curator. Her works explore listening as a conflictual space in which voice and noise are central aspects. As a sound artist, she has performed in festivals and venues in Brazil, Portugal, Spain, UK, France, Germany, Denmark, Colombia, Argentina and Mexico. As a researcher, she is interested in the fields of sound studies, experimental music, sound arts, and feminisms. Her texts discuss noise, experimentalism and counter-hegemonic discourses. In 2015 she was one of the founders of the Sonora: musics and feminisms, a collective network dedicated to the discussion and expansion of feminist expressions in music and the arts, with a special focus on the Brazilian and Latin American contexts. http://liliancampesato.net/