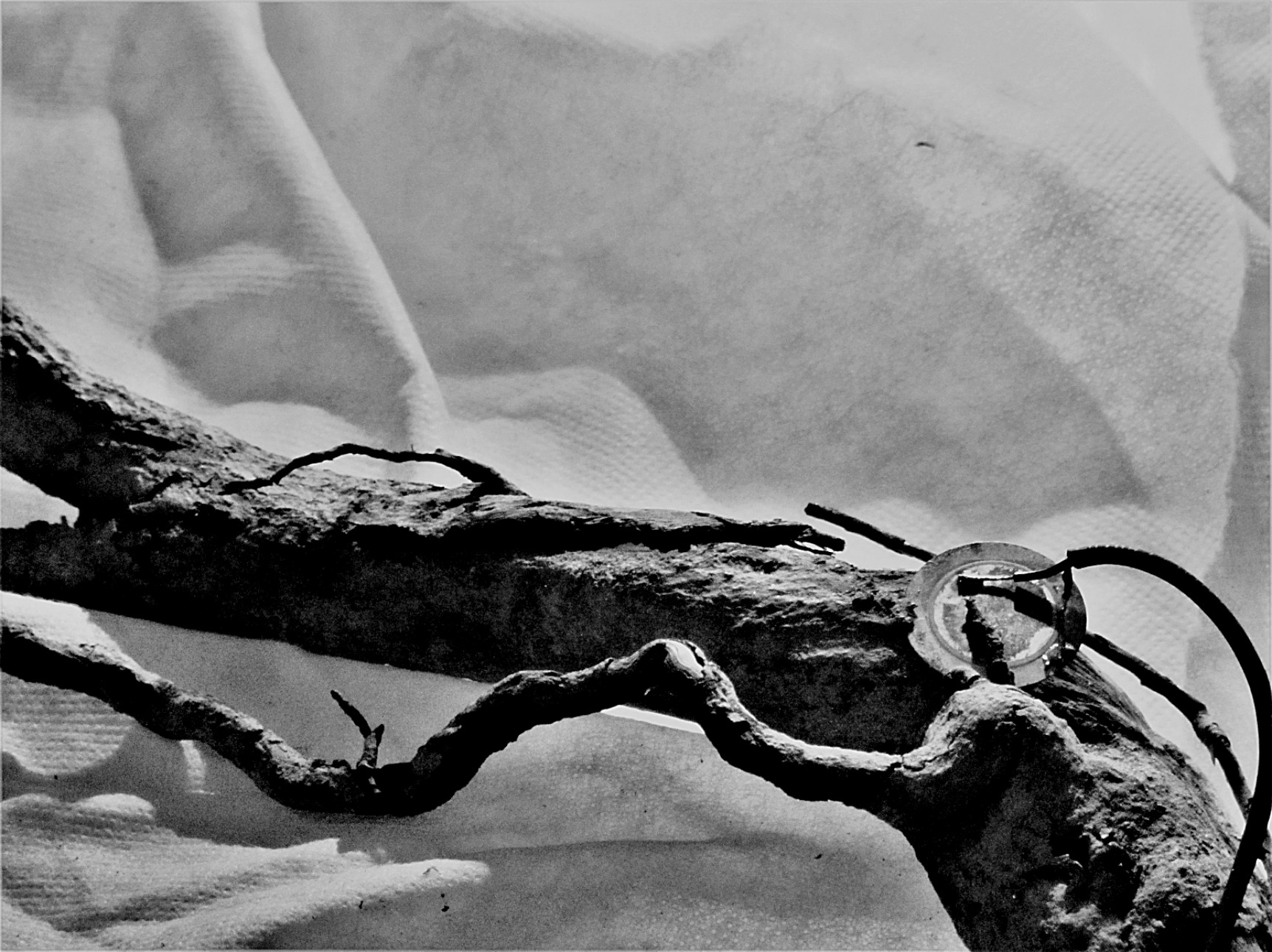 »To touch a piece of a root is to touch something dead.«

Dor de Árvore (Pain of the Tree) is a concert installation inspired by the work of the Brazilian poet Manoel de Barros and the political situation in Brazil, making reference to the destruction of the forests.
The expression Dor de árvore comes from a poem in Barros‘ book titled O livro das Ignorãças (1993, The Book of Igno- rance). Barros often wrote about nature and the poetry of small things, such as insects, animals, plants, or even trash on the ground.
In her performance, the artist projects images of plants and trees while »playing« a tree root, which she found during an artist residency in Porto Alegre, Brazil. With this root, she creates percussive and processed sounds, mixing them with field recordings and other instruments. In this way, the artist contrasts images of life with the sounds of a dead tree. The sounds  that come from this root only exist because the living tree is gone.
Dor de Árvore started in Brazil and became interactive for the DYSTOPIE festival, where local dead trees will also produce sounds in two separate public spaces. The audience is invited to »play« or to touch these tree stumps (gloves provided).

LauraL (BRA, aka Laura Leiner)
is an artist and researcher with a multi-disciplinary background encompassing music, performing arts, sound art, video, and journalism. She plays in the band Músicas intermináveis para Viagem and has participated in a variety of artistic projects in Brazil and Europe.
lauraleiner.wordpress.com