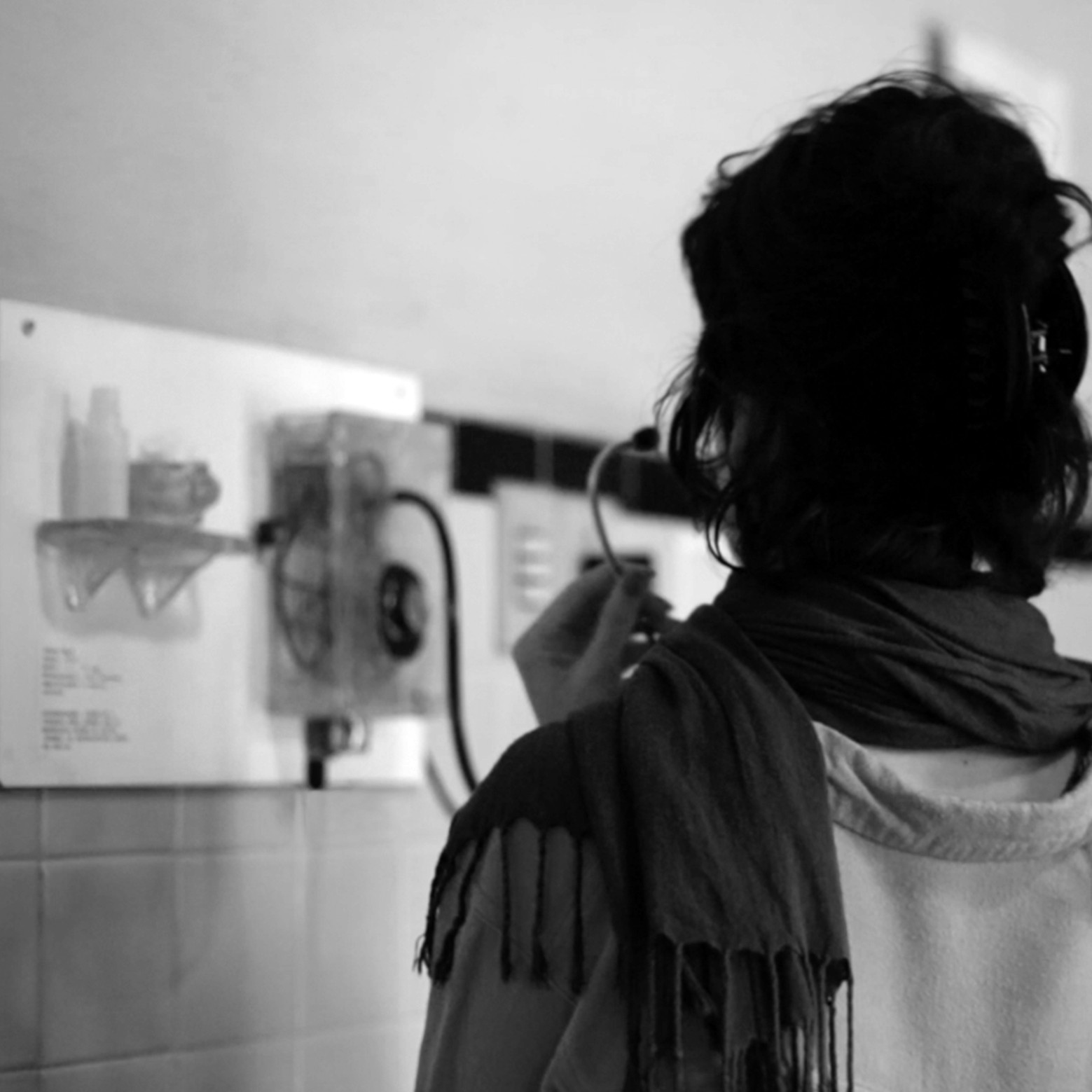 The Box is a new way of listening to an audio narrative. It could be acknowledged that nowadays most known voice assistants have a female voice. Cortana (Microsoft), Alexa (Amazon) and Siri (Apple) are algorithms created mostly by male teams. The way in which their submissive, seductive, helpful, and available voices respond to our signal raises many questions in terms of gender, i.e. when the objectifying representation of women in the virtual world is reduced to service providers.
The public is invited to listen through a stethoscope to a text written from the fictional perspective of a female voice assistant. As the narrative progresses, we hear the content changing from speech to vibratory patterns, simulating a machine heart. The code running on the piece, generated from zeros and ones, is revealed once it is transformed into sound frequencies.
In the narrative, the voice assistant is trapped in a translucent box that exposes its internal parts. Most of the elements used to create this piece were collected in e-waste places.

Joana Burd (BRA/LIT)
is an artist, educator, and researcher of new media art. She is currently a doctoral student at Universidad de Barcelona and researches about the poetic of vibration and its relations to affective memory. Joana holds a Bachelor of Education and a Master’s degree in Visual Arts (UFRGS, Brazil).
www.joanaburd.com