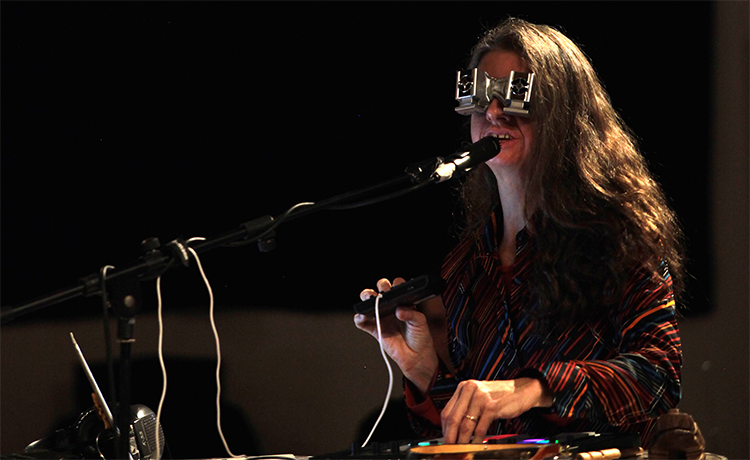 PidginIng for drumset and electronics is based on the poem “Berliner Ausbruch” – written originally in german by the composer herself – and on its translation by the portuguese percussionist Rui Faustino. Recordings of the composer´s voice recitating the poem in german are the basis for the instrumental part, while Faustino´s voice recitating the translation in portuguese was used to produce the electronics. The piece purposes a “musical pidgin”, where instrument and electronics build a third version of the poem: this encounter of languages bears the search for a common between the spoken language and music, which remains only in the acoustic level, being independent from semantics.
Pidgins are proto-languages which arise as a result of language clashes, mostly a mixture of two or more languages, when the communication partners don´t share the same language but they must have a conversation. Such a (trans-)formation could represent a linguistic dystopia: the sounding image of a language being torn apart. On the other hand, for the ones involved in situations where understanding each other is essential, the idea of pidgins could be the best example of a língua franca, an utopia of peace through successful communication.