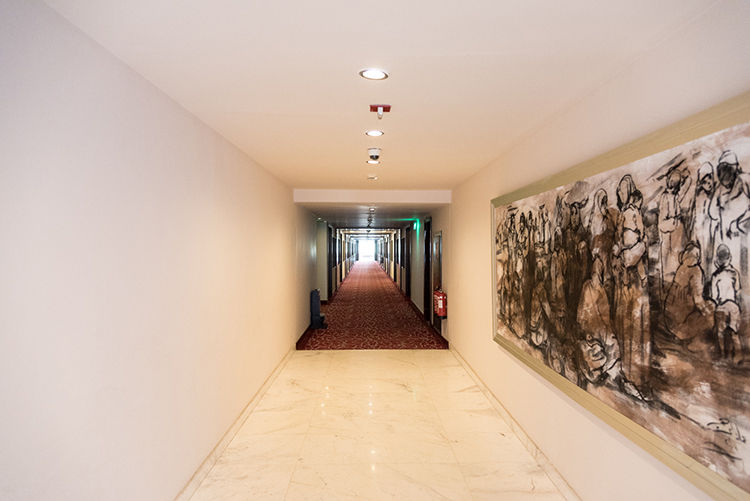 Two hotels in Cairo: A five star luxury hotel in sprawling New Cairo, and a simple hotel in the old city center. The audio film combines photos and sound recordings of those two adversative places. When we see a lobby, we also hear a lobby, but not necessarily from the same place. Most of us can easily identify visual clues of economic wealth and its opposites. Sonic signs of the different worlds may be harder to identify. What characterizes sonic environments of wealth and poverty?

Luxury hotels are built to offer comfortable and luxurious hospitality. Above that, they are also built in a way that makes them provide shelter—from contact to poverty, and even from seeing and hearing signs of it. This is especially striking in countries where the prosperity gap is wide. Sealing wealthy parts of society off from the much larger poor parts, as it is done there, may sooth the pain; a pain induced by inner conflicts about what justifies the enjoyment of our own wealth when there are extreme forms of poverty around us. It is obvious that in the long run the artificial division between the two worlds will be challenged: by social outbreaks, terror, chaos, war. Maybe it is not fully clear yet, but it’s there. It is audible.