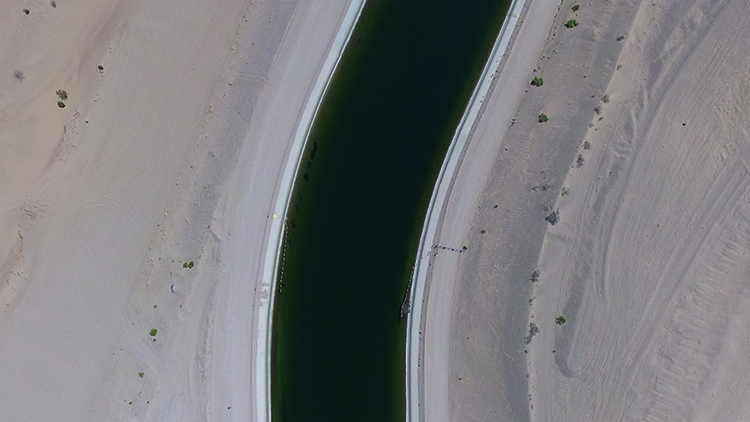 The Salton Sea in Southern California was created by a man-made catastrophe in the middle of the desert, was declared a paradise in between and now seems to be ending in a man-made environmental catastrophe again. The lake absorbs the surrounding sewage of one of the largest irrigation areas of the USA and seems like an apocalyptic vision of a future without mankind: at the edge of “Salton City”, “Bombay Beach” or “Niland” there are only abandoned houses, nobody goes into this blue shining, but stinking water anymore.

With the audiovisual installation, georg klein explores these extremes, collecting images and sounds on site between deadly dryness and overproductive fertility. The documentary material refers to a dystopic future: the battle for water, which is already underway in many countries and will become increasingly acute as a result of climate change. With the monolithic sounds of the composer and saxophonist Ulrich Krieger, georg klein develops a concert installation whose first version is premiered here.