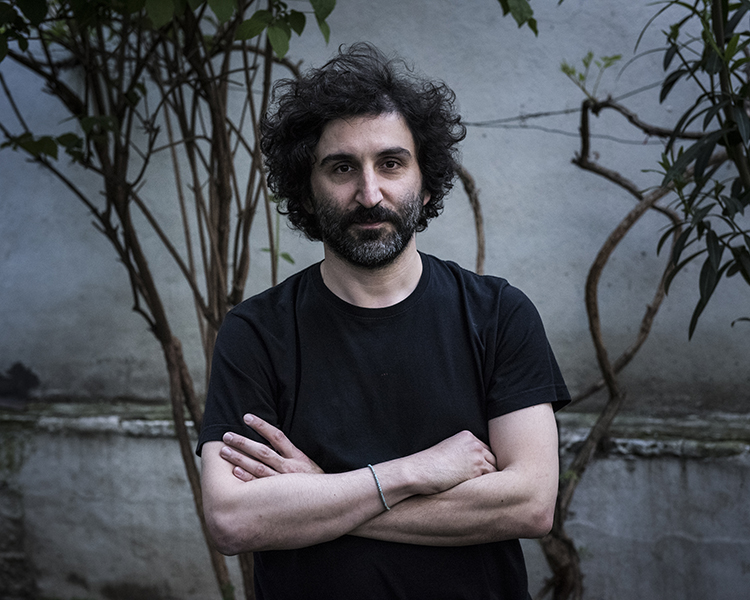 Born in Istanbul in 1974. During and after studying architecture at Mimar Sinan University of Fine Arts, Erek worked at various architectural practices as well as in the music band Nekropsi. He received his Masters degree in Sound Engineering & Design and his PhD in Music at ITU MIAM Center for Advanced Studies in Music. He was an Artist-in-Residence at Rijksakademie in Amsterdam in 2005-2006. He currently teaches at ITÜ TMDK and İTÜ MIAM.
Cevdet Erek has presented his installations internationally in solo and group shows around the world. In 2017, he represented Turkey at the 57th Venice Biennale with his work ÇIN. Recent solo exhibitions of his work were organized at Hamburger Bahnhof Museum in Berlin (“Bergama Stereo”, 2019), and by the Art Institute Chicago (chiçiçiçichiciçi, 2019). For some time, he has also performed regularly as a solo performer with the davul, a traditional bass drum. In 2017, his album “Davul” was released by Subtext Recordings, Berlin.
cevdeterek.com