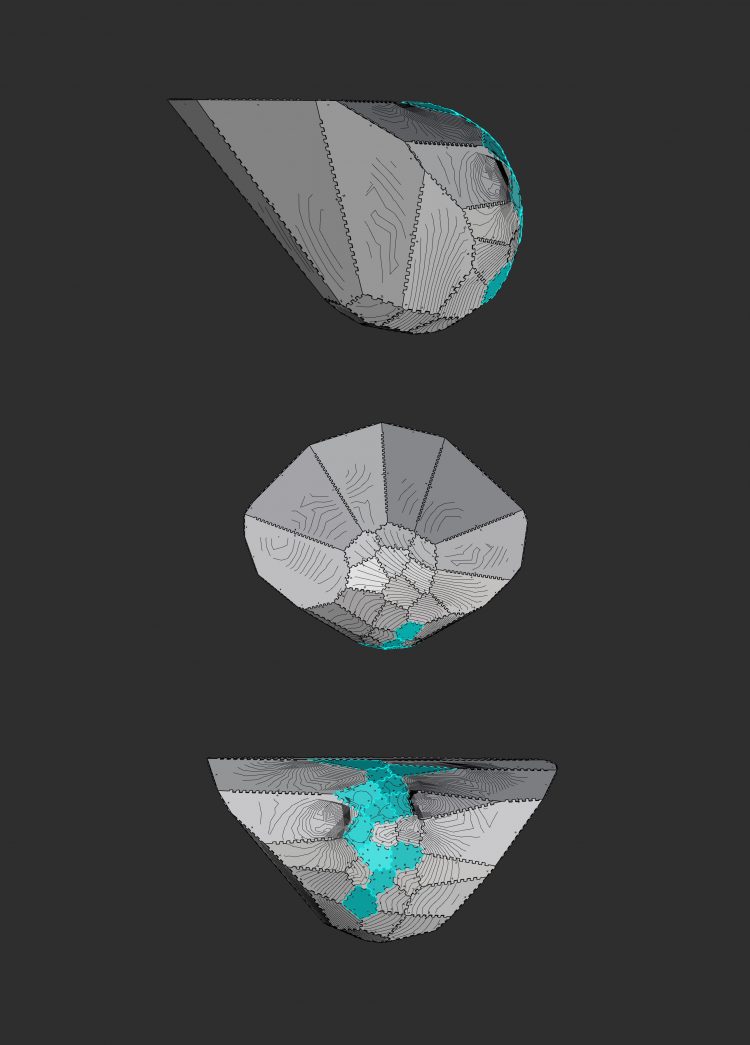 Many sources predict that in the future, humans and autonomous machines (AIs) will collaborate in networks and on the same level. Is that a U-, Eu-, or Dys-topia?

S4NTP has been developing models of such networks where humans and machines share agency: All nodes can make decisions, which will influence the overall evolution of a shared set of processes. Single-authorship disappears, and it becomes tricky even for participants to understand who is responsible for which aspect of the ongoing unfolding shared audiovisual experience.

UTopologies is such a network, consisting of eight nodes placed within and without the Kleiner Wasserspeicher, each with its own form, microcomputer and amplification, and open to local influences such as temperature, humidity, sound and light, and the presence of humans. They can generate behavior structures autonomously or in combined human/machine networks by communicating their internal states to each other, thus negotiating and coordinating shared or conflicting acoustic and visual behavior. The network is open to human live-coding of sound events. Patterns merge, contrast or clash with those already running, thus blurring the borders between ›concert‹ and ›installation.‹

Alberto de Campo (AT) is artist, musician, professor for Computational Art at UdK Berlin. Likes working in groups and playing with complex systems via post-control concepts.

Christian Schmidts (DE/RO) is just another random cyborg oscillating between lonely wanderings at the periphery of the fields and full dissolution into volatile matter and data of extended organisms.