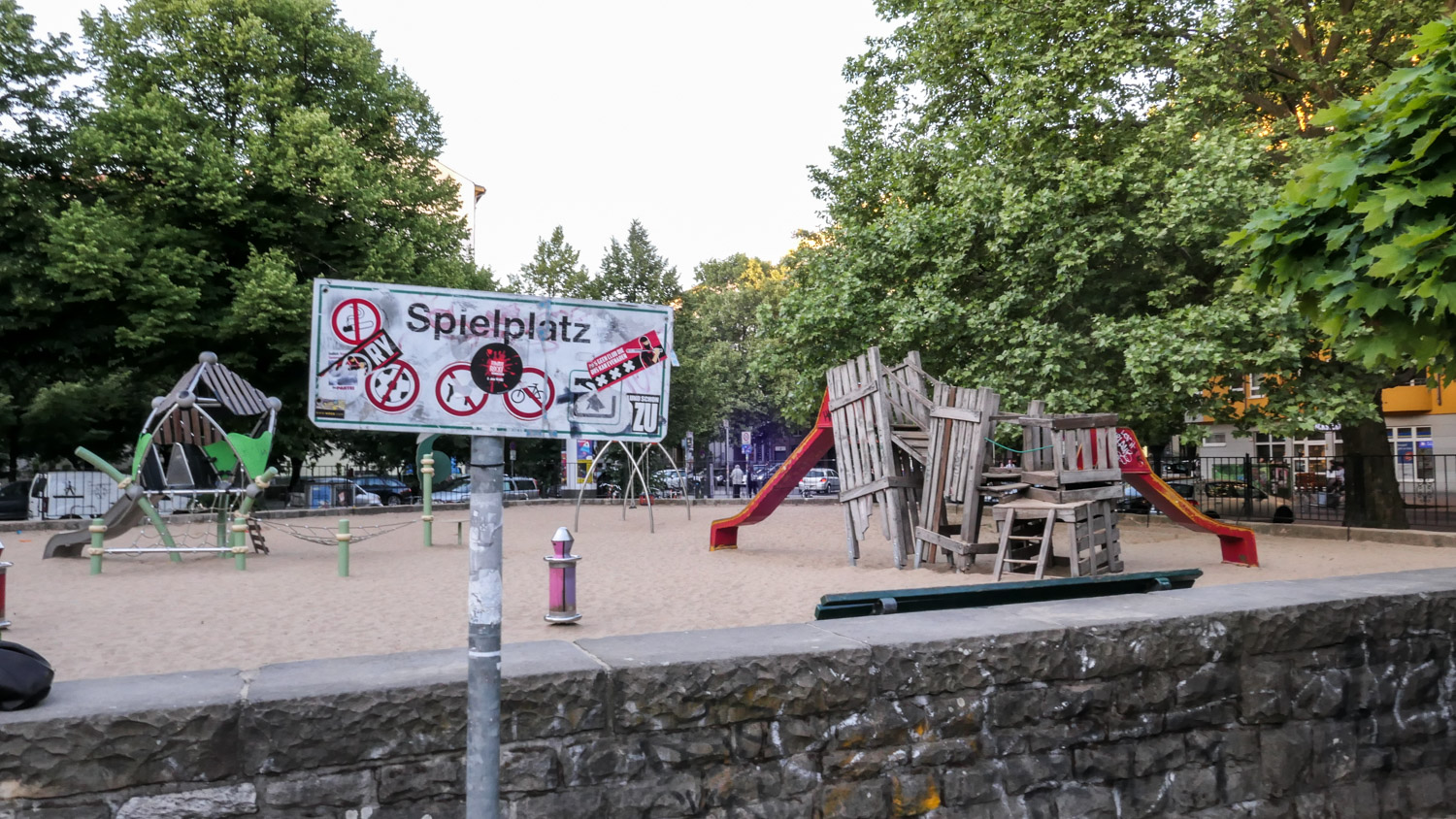 Four people investigate the square at Kollwitzplatz. Through wireless microphones they speak their observations, express their opinions, improvise song texts to what they are seeing, or make up new scenarios on what is happening at that very moment. Their voices are captured and directed to a central mixing console where composers Laura Mello and Wolfgang Musil mix their voices with other sounds. The result is then broadcasted live on FM radio and internet (live-stream). The audience on site can listen via smartphone or radio. Simultaneously, they may become part of the landscape being described.

Living Radio allows the ›here and now‹ to boil through the filters of the current state of four people from four different countries, and their own dystopian culture, in the constantly-changing cauldron of human identity. In the utopian or dystopian intention of obtaining neutral information, the speakers function as extended microphones, integrated into a social system where every element (human, machine, ideas, processes) is equally important.