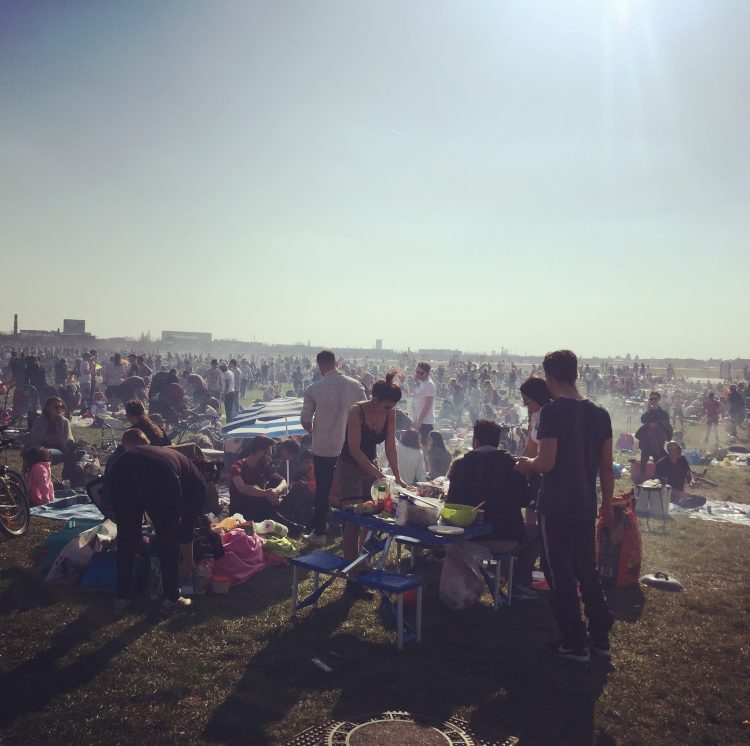 The division: humankind has evolved into two complementary categories, resembling either birds or dogs, singing or howling. They have developed a harmonic society supporting eloquence and diversity, bottom-up governing, community initiatives, consolidation and collaboration. All languages and dialects have become unified in ›Unifold Langluage‹. There are no politics anymore, neither rulers nor rules as everything is debated in pragmatic social gatherings.

There are only DIY activities; everything takes place in fablabs, community gardens, living rooms and parks. The concept of private property is being abandoned more and more, and so is art. But there is gradually less land and more water anyway. Few places are habitable or even viable in some way. There are wet and dry areas. Depending on where the people are, they are either toasted, roasted, grilled or drowned.

Succour is the soundtrack of a soothing dystopia. Next to those on the eastern BBQ area of Berlin’s Tempelhofer Feld, Béla, Bobb and Friends play grills, accompanied by voices, DIY sound and computers. Culture by musicians, skaters, bikers, and barbecuers becomes one, once again and forever after.