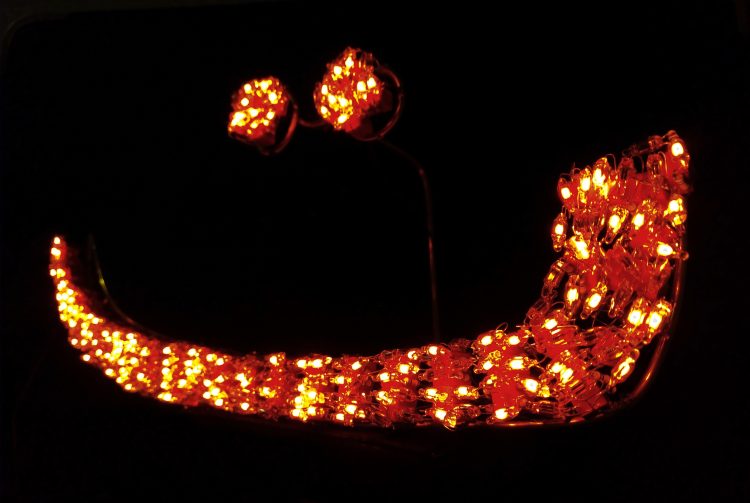 ت is a glowing mobile consisting of almost 250 little neon bulbs forming the Arabic letter ت (the phoneme ›T‹). It is suspended from the ceiling of a dark room. The room is filled with the subtle humming of electrical noise often heard in American movies, conjuring up a scene in a David Lynch film where a neon sign shines through the curtains of a motel room. The mobile is seen to flicker from time to time–the hum changes its tone in synch. An indication of boding disaster, of trouble to come.

Three allusions appear: T as the initial of the American president, the Arabic script which is strongly connected to (the fear of) Islam in western mainstream society, and the smiley, similar in appearance to the ت, which smiles through this charged context.