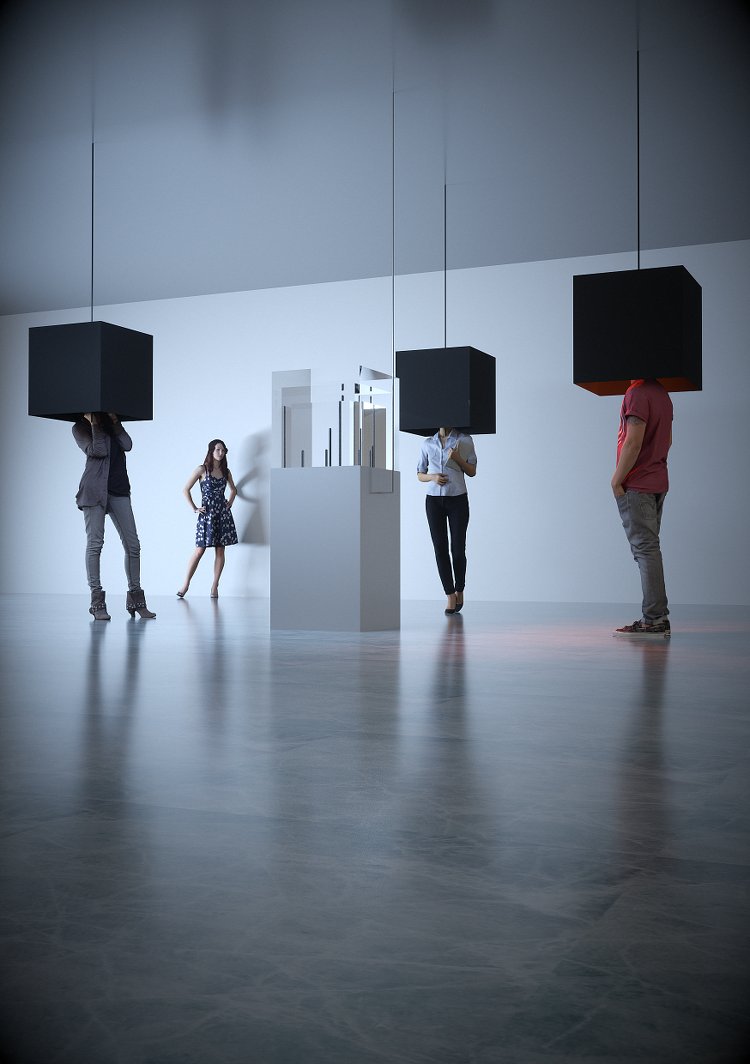 Centralized contemplates how authorities manipulate perceptions and change the reality that is experienced. Such systems in the future could be developed to easily control human beings by adapting them to new technologies—humans may become increasingly mechanical.

We need to look at this situation from a dystopian perspective. A dystopia is feedback from the problems of humanity. Problems create solutions, solutions create problems. This feedback loop repeats endlessly in time and space. The good news is, we are able to experience a similar feedback system right now. So we still have time to change the centralized system.

A sound source is situated in a cyclic structure, essentially becoming a centralized control mechanism. Sound emanates from out of the center of a plexiglass cube. Microphones move according to a kinetic system, constantly changing their distance from a speaker—feedback intertwines.

The sound produced by this feedback is transmitted to three different boxes that can be placed over the head. Each box has a sound source and different sensory media such as light, scent and haptic material. These sensory media and sound combine to create a hybrid experience. The participant is placed in a nonexistent space and time, becoming part of the centralized system.

Candaş Şişman’s (TR) works include immersive installations, sound, kinetic sculptures, animations and audiovisual performances, in which he applies digital and mechanical technologies. He is a co-founder of multidisciplinary studio Nohlab. www.csismn.com